WRC 5: The WRC Concept Car S as an exclusive concept for pre-order gifts

The WRC Concept Car S is the result of several months of work at Kylotonn Games. While designing all the official cars of the championship game, Kylotonn’s vehicle artists spent a lot of time thinking about the perfect mix for a rally car and this is how the WRC Concept Car S was born. This brand new car is a pure concept, blending the best assets from all the cars in WRC 5 into one ‘super vehicle’ and is dressed with the WRC 5 livery especially designed for the announcement of the game during Rallye Monte-Carlo 2015. 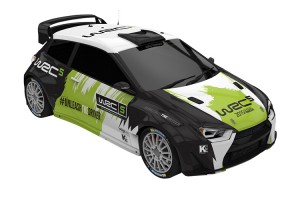 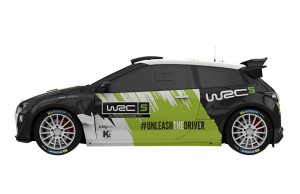 The FIA World Rally Championship (WRC) pits drivers and production-based cars against some of the toughest and most varied conditions on the planet. In 2015, the roads on this epic motorsport adventure are spread across 14 countries, with 13 rallies on everything from snow packed forest tracks to rock-strewn mountain passes.

WRC 5 is scheduled for October 2015 and will be available for Xbox One, Xbox 360, PlayStation®4, Playstation®3, PlayStation® Vita and PC.