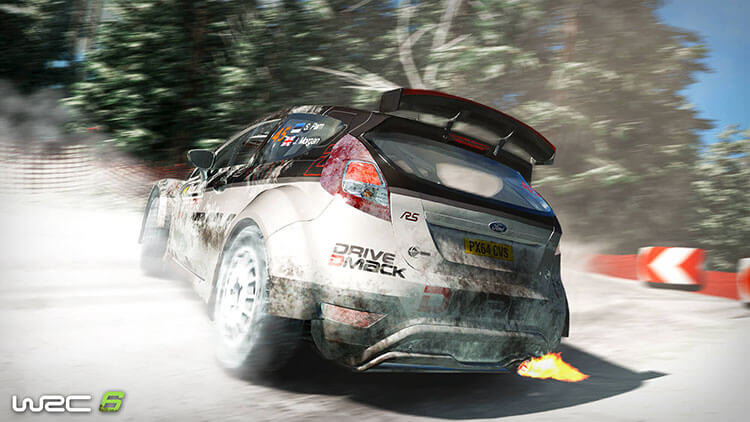 Following the critical and commercial success of WRC 5 (Ping Award 2015 for Best Console Game and over 700,000  units sold), Bigben is now offring a new version of the offial World Rally Championship (WRC) game, including all the content and feature upgrades that the press and fans asked for: 12 Super Special Stages faithfully reproduced on a 1:1 scale, 60 FPS on every course, entirely re-designed environments and car textures & models in very high defiition, local split-screen multiplayer, dynamic damage, narrower and more dangerous roads, two additional game modes, three new cameras, free eSports mode for all players and of course all the cars, drivers and rallies of the 2016 season, including the new Rally China.

Hailed by the press during the game’s presentations at E3, WRC 6 has already established itself as a bestseller for the
genre!

Official website
By continuing your visit on this website, we assume your permission to deploy cookies to guarantee a better experience on our site
I agree Know more Close